To everyone else, it was a burned-out wreck, but when he first set his eyes on it almost a generation ago, Buz White knew this was the boat for him.

The Fairline Turbo 36 was written off in June 1990, after a flare was set off inside by an intruder. In its previous life, in the late 80s  ‘Access’ was so badly damaged it was declared by the insurers to be ‘a constructive total loss.’

It remained laid up at St Sampson’s Harbour in this sorry state for more than 12 months and all the while Buz White’s burning desire to make it rise from the ashes did not diminish.

‘It sat there for more than a year, and I wanted it, I so wanted it,’ he recalled. ‘I was self-employed and wanted my own charter boat, but there was no way I could afford to buy one, not a chance, so I had to recycle one, and that's what I did.' 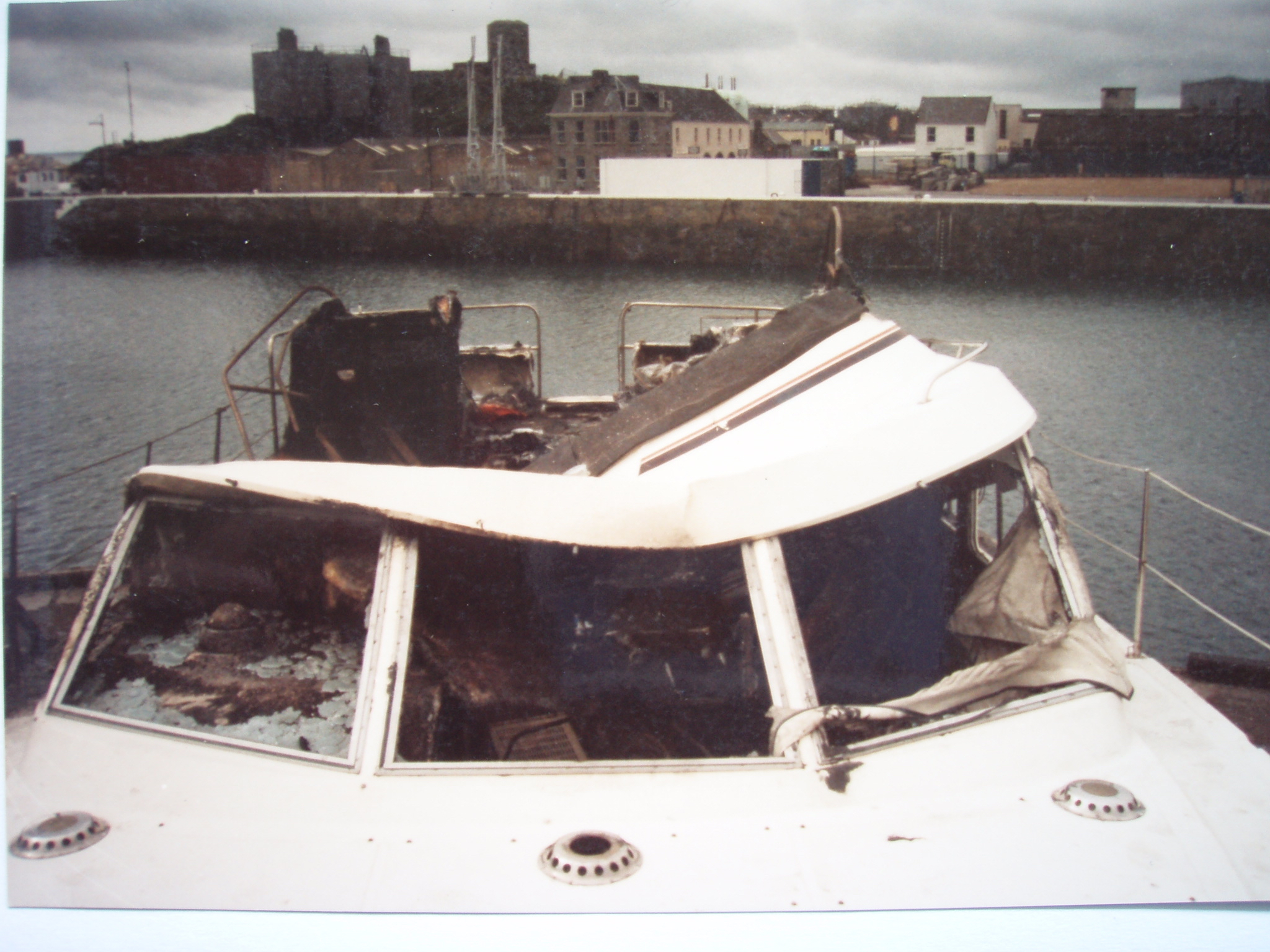 A rouge flare almost put an end to this plucky little boat. 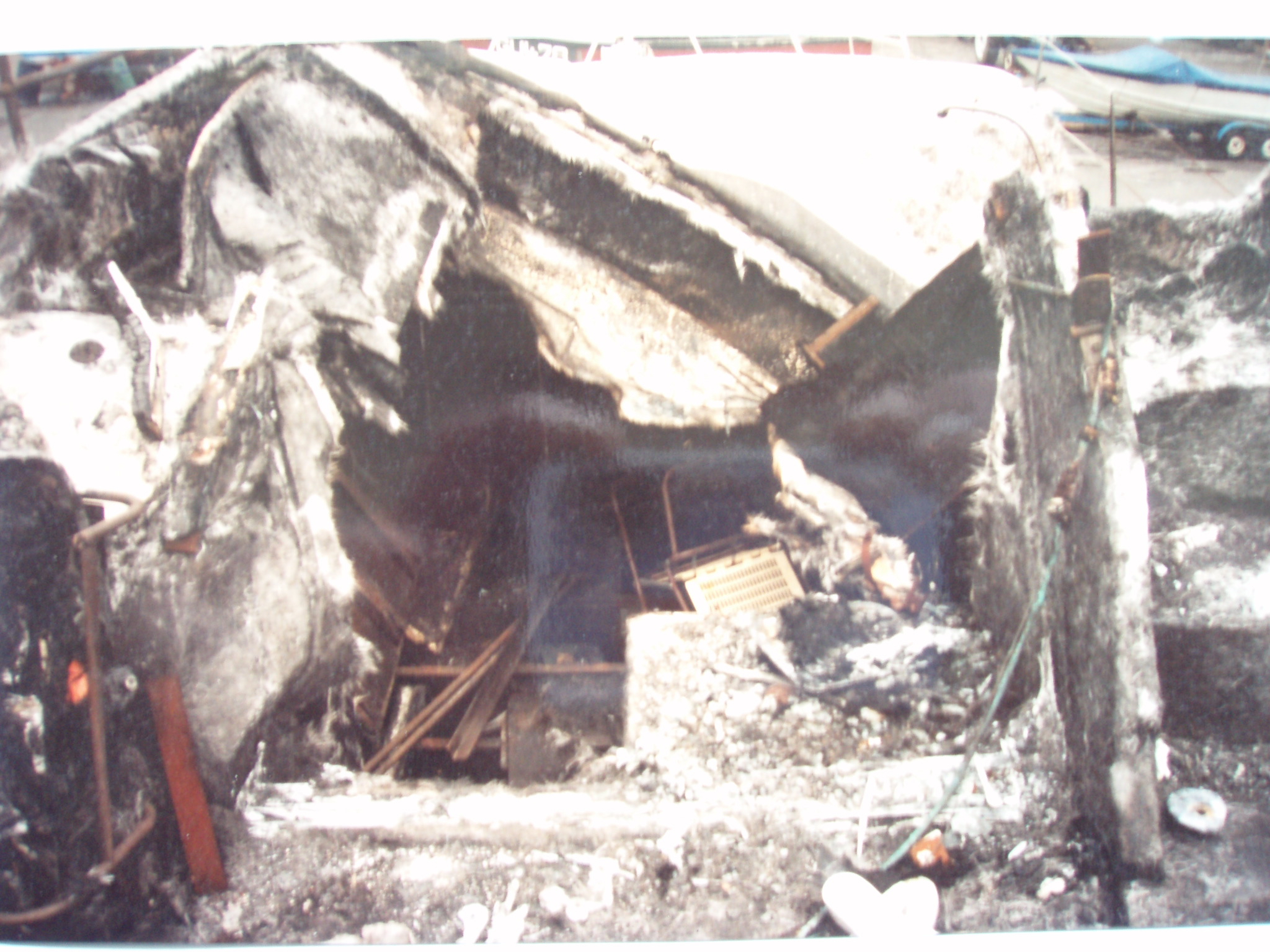 It was always clear this restoration would be a labour of love.

‘My original trade was boatbuilding,’ he revealed. ‘I worked at Guernsey Boatbuilders, and I learned my skills at Falmouth Technical College in Cornwall.  Once the wreck of the Access had been completely cleaned out, rebuilding operation began in earnest in August 1991. ‘We recycled everything we could, including pieces of wood that had been plucked out of the sea.'

During the winter of ’91 Dave Etasse let me use his shed at Leale’s yard as a workshop to make the mould for the superstructure and build the cabin.’  Having sweat buckets and drawn his own blood on a few occasions over the nine-month building period, the time arrived for Buz to launch his baby, and there was only one name he could give to her. ‘Everybody bar none said to me you’ve got a real challenge here, so it had to be the Access Challenger,’ he beamed.

The Access Challenger took to the water on 6 May 1992. ‘Nobody else has got a boat like mine, building something like that for yourself, doing 2,365 hours of work over eight months, is very different to going to a boatyard and telling them to build one for you.’ Since that day he established himself and his boat as a service, from Sea Fisheries patrol vessel, charity rowing race guard boat to lighthouse relief vessel, working for the States, the Royal Navy, a wide range of shipping organisations and hundreds of individual clients, too numerous to mention. 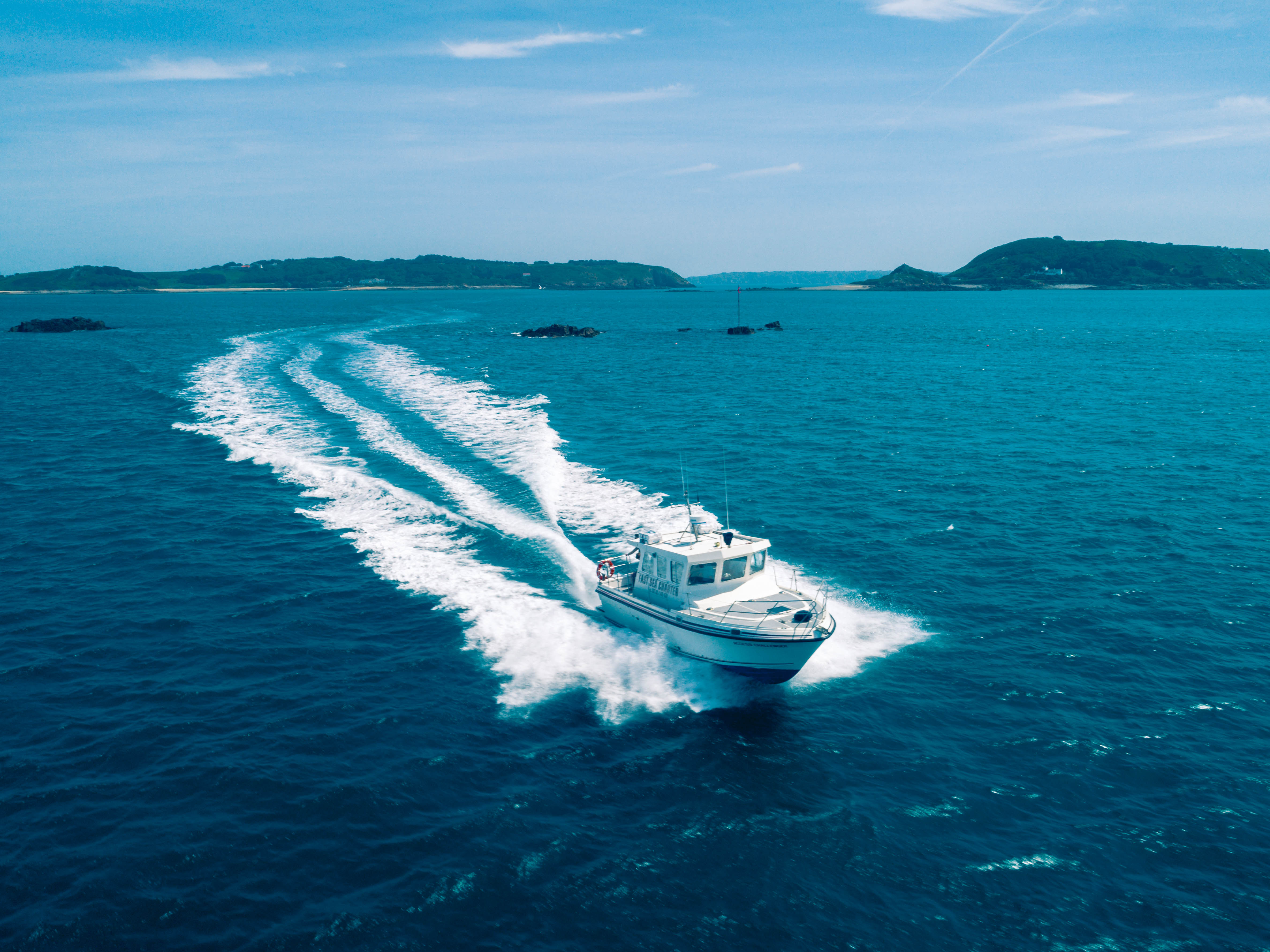 In 2001 the Access Challenger underwent a major refit and Buz had two brand new Volvo engine put in. As a postscript to the story, he revealed: ‘I sold the old ones to a man in Birmingham for the same amount I paid for the wreck. I got £7,500 for them, so I got my money back!’

To mark the 21st anniversary of the launch of his boat in 2013, Buz was joined by many of the people who helped him to raise the Access Challenger from the ashes and by some of the folk who gave him support and encouragement along the way. However, that's not the end of the story, and we invite you to continue to make history with Buz and the Access Challenger. 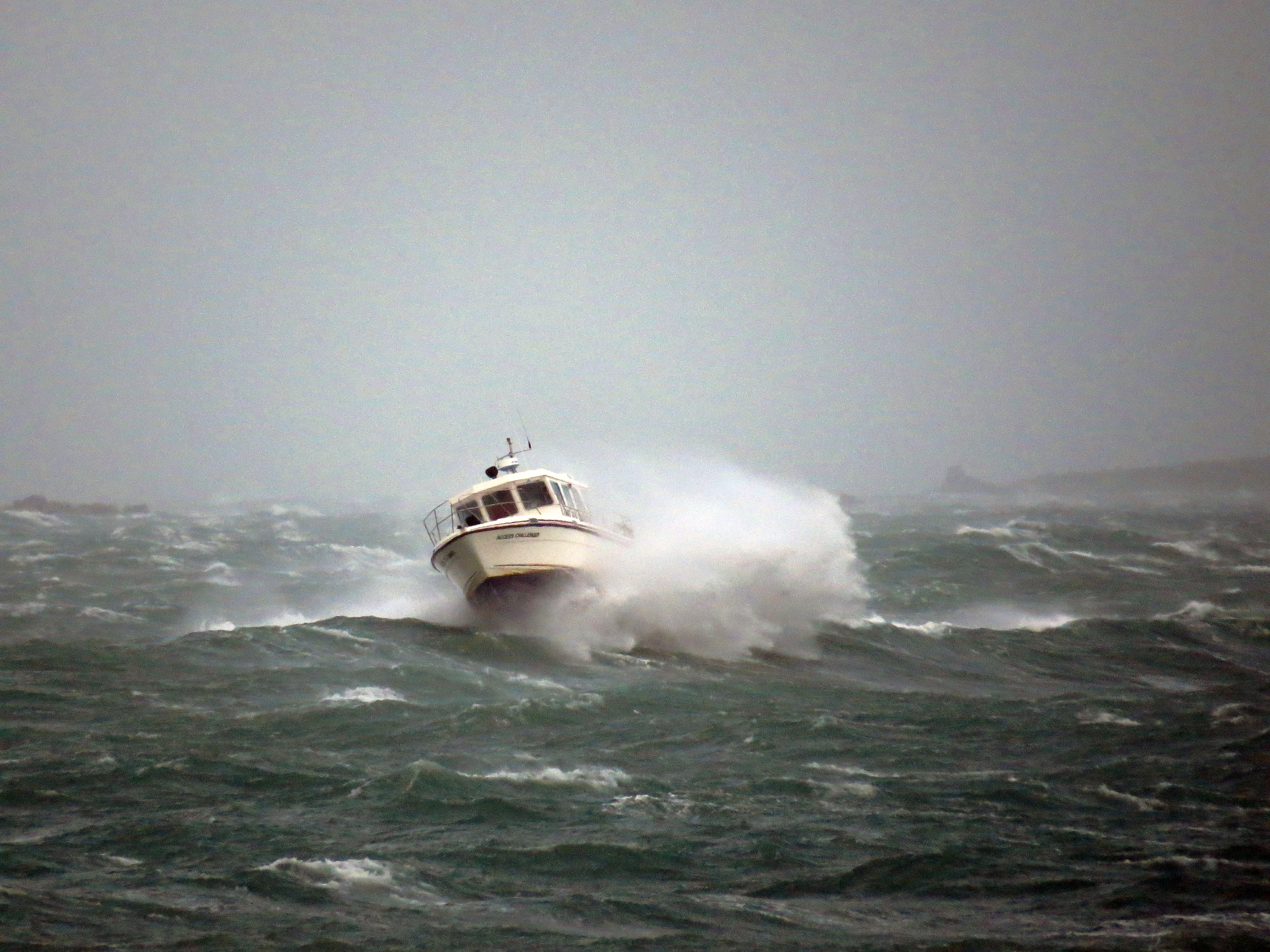 Ready for an adventure?